This is a developing page for the Registration Logbooks of Ireland. There seems to be a lot less evidence available so if anyone can help it would be appreciated.

The logbooks of Northern Ireland were similar to the GB Logbooks up until the V5. The V5 were very different. Eventually NI vehicle registration came under the control of the DVLA.

An example from the mid ’60s 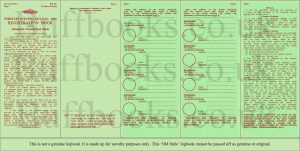 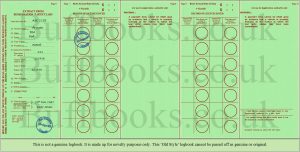 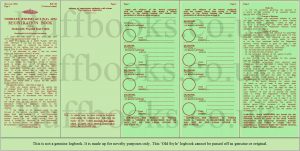 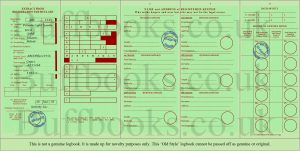 The logbooks of the Republic of Ireland or Eire continued to use the R.F.12 which were quite different to the R.F.12 of GB, which were only used from ’21 to 24.

Here we have an example from the ’50s 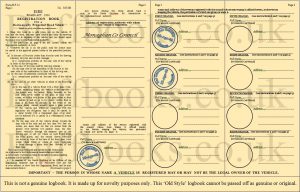 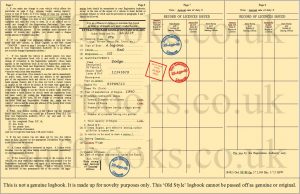 and example from the late ’70s